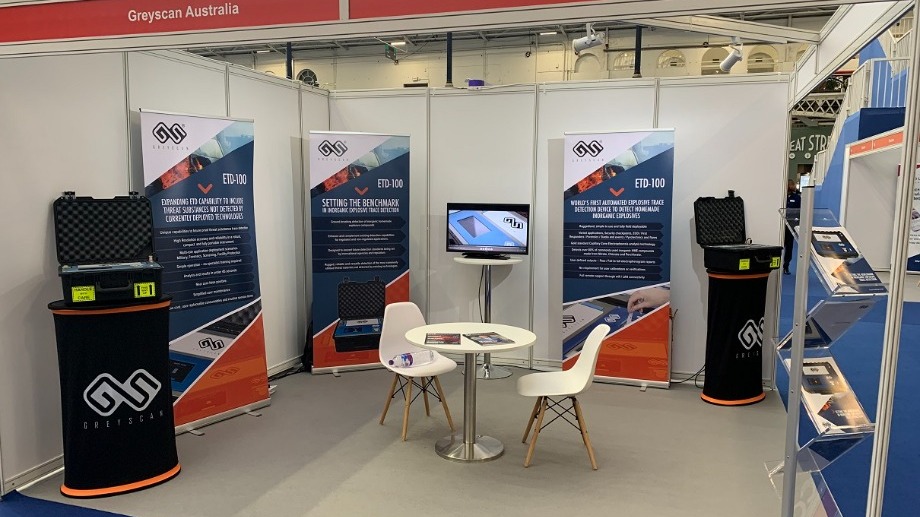 This years’ International Security Expo in London was the second year that GreyScan were able to exhibit under our own stand and the second show that we have attended in London following the relaxing of Covid restrictions.

This year we were able to present two ETD-100 instruments and the stand was staffed by James Bryant and Phil Boys along with attendance from GreyScan CEO Samantha Ollerton who was able to be in the UK during the show week whilst on a wider tour of Europe and the USA. 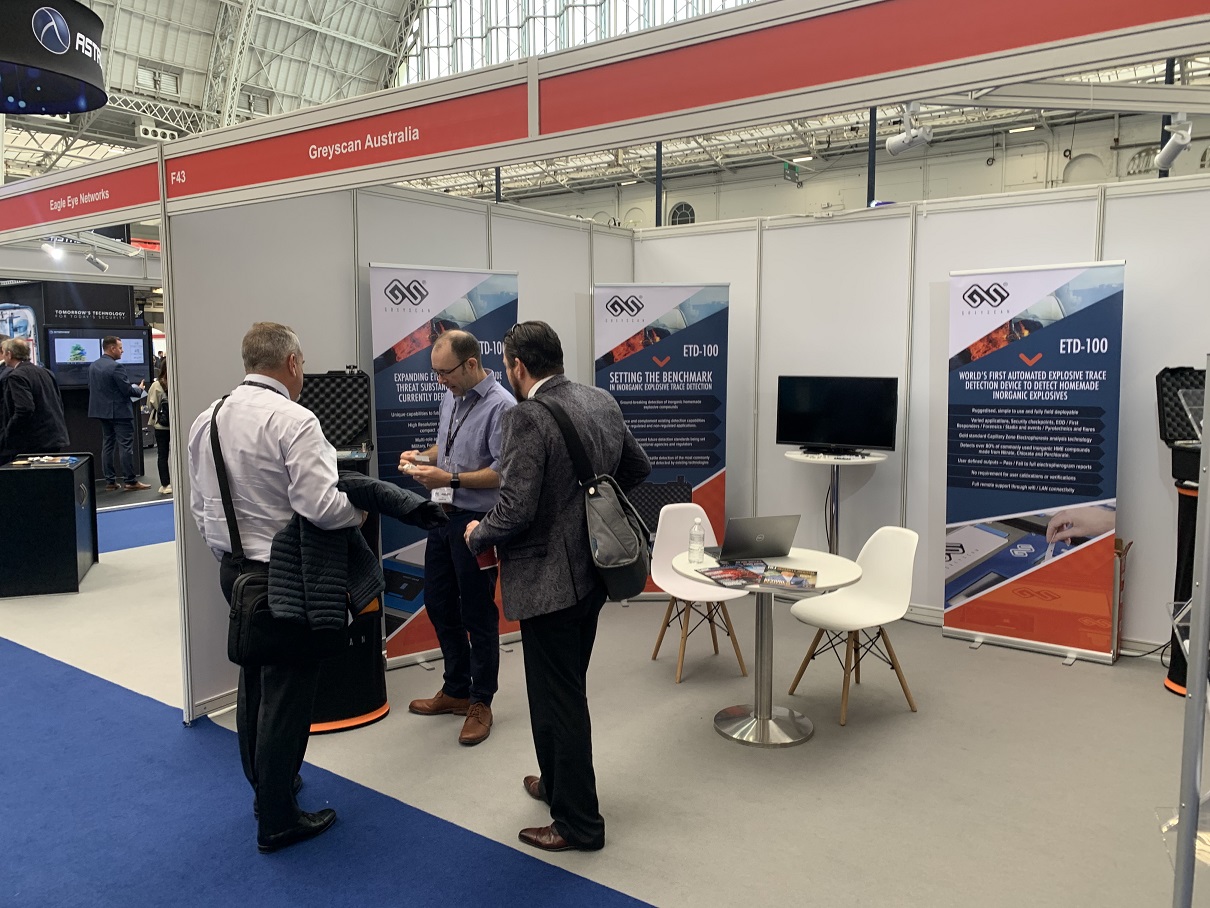 Our location in the hall, although different from last year, placed GreyScan amongst many other complimentary technologies and within striking distance of the central avenue of big players in the detection space, Smiths, Leidos and Rapiscan. Our space to the side of the main thoroughfare seemed to deliver a steady stream of visitors many of whom had intentions of finding us following our pre-show publicity campaign.

Being a two day show, we were expecting both days to be busy and registered for a 15 minute speaking slot on the morning of the first day which James Bryant prepared a presentation outlining the history and evolution of trace detection since the 90’s, with a focus on how initial prioritisation of organic explosive detection from the aviation sector had left a large hole in the industry’s ability to detect inorganic home-made explosives and understand the capability gap of current security measures.

There were approximately 25 people in the audience for this short presentation but it gave us the opportunity to describe our mission to provide a solution that allowed for the accurate and fast detection of trace amounts of inorganic explosive substances and fill the gap left by more traditional IMS based ETD systems that have become prevalent in the market.

The presentation seemed to be well received as there were a number of visitors at the GreyScan booth by the time James returned looking to learn more about the ETD and see the device in action. Most notably, a delegation from the Canadian Parliamentary Protection team who were very interested in augmenting their existing security measures with an ability to detect homemade explosives.

Over the two days we were able to speak to dozens of people, many from overseas organisations, about what GreyScan were doing and how the ETD-100 has evolved in recent years into a reliable and viable product that solves a problem many organisations did not realise they had.

We were also able to open and continue discussions some industry heavyweights about working with them on marketing collaborations and sales promotions that allow the ETD-100 to complement their existing technical offerings and solutions which remains an interest as the industry searches for the “Box of Truth” that can detect all explosives. 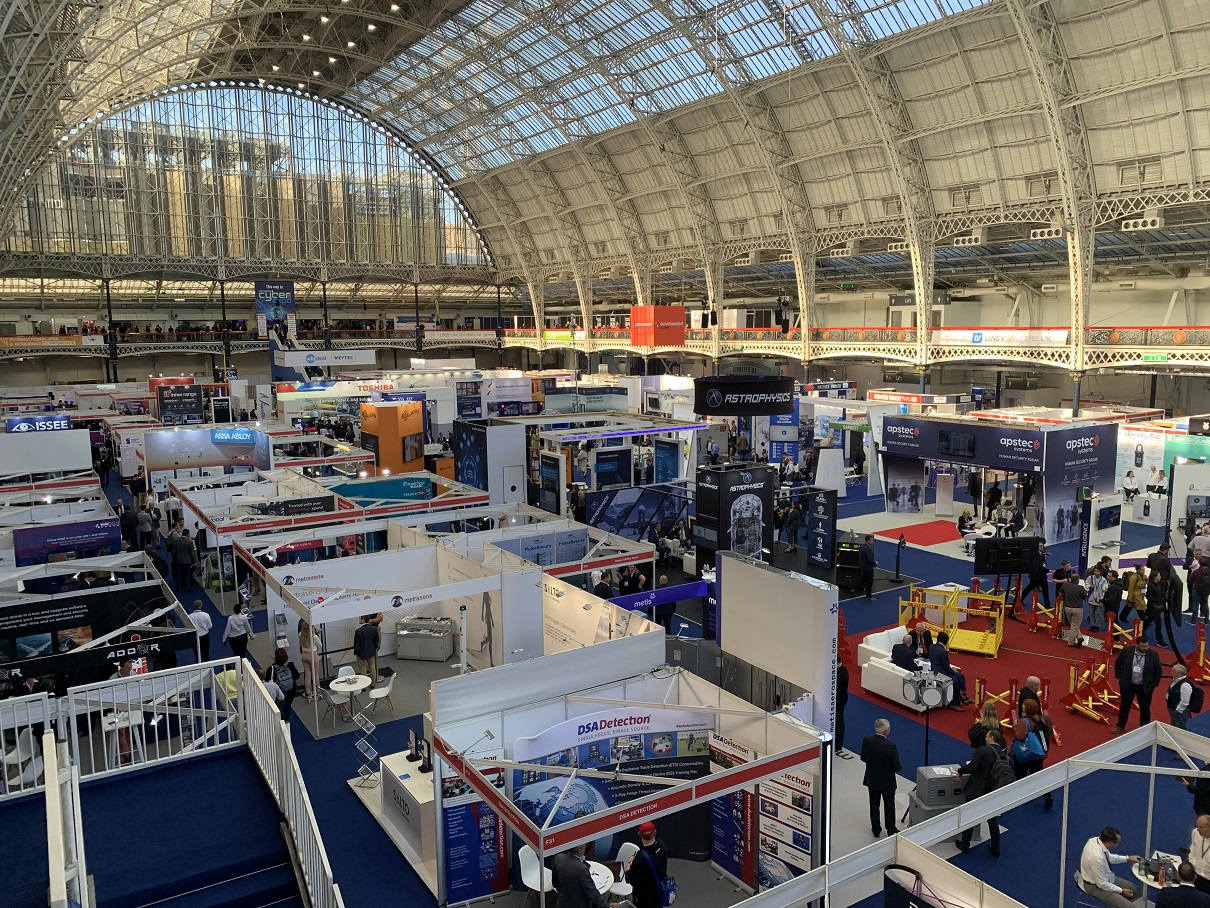